Despite the lack of star ships available like in Star Wars, hoverboards as shown in Back to the Future 2, or medical tricorder as showcased in Star Trek, there are a number of surprising inventions that science fiction shows accurately predicted. The 5 listed below are some of the most well-known and well-used technological items around in present times.

While in the world of Hal in 2001: A Space Odyssey, the tablet computer featured several times, the most notably appearance was during the breakfasts that the astronauts shared, as they watched television off their ‘newspads’ that was a notable touchscreen. Fast forward a decade, and the iPad was launched which was one of the first iterations of the tablet computer that is now used around the world, run by various operating systems.

After the original Star Trek series was a hit, the Next Generation brought in some new technology elements, most notably the various bridge controls featured were clearly touch screen enabled. While many found the idea of tapping on a screen ridiculous, and wanted to see the crew use physical levers, we now enjoy present-day touchscreen technology and take it very much for granted, since it’s now used in everything from microwave ‘buttons’, to our smart phones. 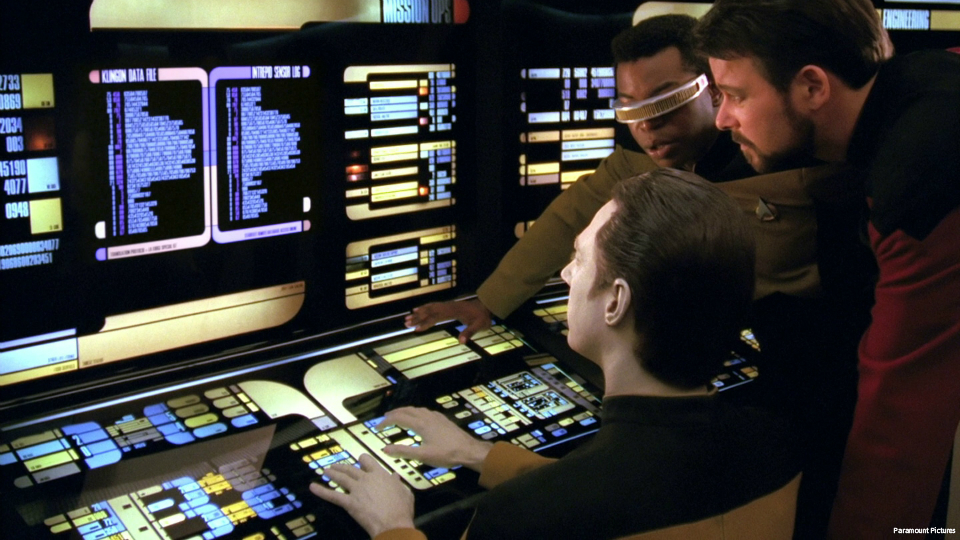 With Jim Carrey portraying a man who is the hit-star of a reality television, who doesn’t realise it, many found the movie incredibly far fetched when it came out in 1998. After all, who back then could imagine wanting to watch an average Joe drink coffee, fall in love, or get involved in epic fights?

Fast forward, and reality television shows have quickly become one of the most popular genres around, that encompasses everything from Keeping Up With The Kardashians, to competitive shows like Survivor, Big Brother, and The Amazing Race. Also, let’s not forget Youtubers who share their DITL vids with fans around the world.

Shown in the original Star Trek series, a communicator was a flappable device that was used by crew members to send an S.O.S, share location data, call each other and usually involved urgent requests to the transporter room for a quick beam up. The idea of a small handheld device doing all of that seemed laughable at the time – but, today, our mobile phones do just that and more, and enjoying online entertainment on them has become the norm.

An ever-present worry in the Terminator franchise came in the form of the patrolling computer-controlled aircrafts that weren’t shy about bringing down a rain of death and fire upon humans of that time. Fast forward to present day and the rise of the drone, which is a technology that is not only used by the military and governments for surveillance purposes, but people such as vloggers who get aerial video shots and even large corporations which use drones to deliver packages, has definitely made this into a reality.